Think about your history with reading. Many of us started out with board books and bedtime stories. Then elementary school when teachers used to have a moment of down time when they’d read a cool book aloud. Fast forward to the later school years when teachers assigned book reports and entire books by when? Next Friday? Write an essay during class? I won’t even start on college. It’s no wonder some lose their fascination with books. 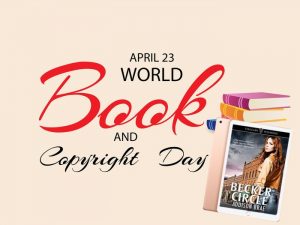 Here are a few facts about reading that go way beyond what you might expect. According to the National Reading Campaign, reading reduces stress for 60%, slows heartbeat and relieves muscle tension. Reading is a stress fighter:  600% more beneficial than playing a video game, 300% more useful than a walk, 100% more effective than drinking a cup of tea, and 68% better than listening to music.

But this study found 42% of graduates never read a book after graduating college.

World Book and Copyright Day is the day that more than 100 nations celebrate books and reading. Celebrate this 23rd World Book Day on April 23 by selecting and starting a book on a topic you truly love. Then celebrate yourself by finishing it.

The reasons we read are different for everyone, so… 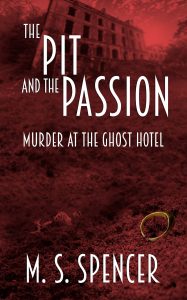 Thanks for letting me talk about my new cozy mystery The Pit and the Passion: Murder at the Ghost Hotel. Set on Longboat Key, Florida, it takes place on the spot where John Ringling began building a luxurious hotel in the 1920s. Left to slowly disintegrate over the decades, it inevitably came to be called the Ghost Hotel.

An unexpected skeleton, a quirky romance, and a mysterious ring lead to a deadline secret long hidden by the most major circus family in the world.

Enjoy an excerpt from The Pit and the Passion: Murder at the Ghost Hotel

Charity dropped the phone. After picking it up and waiting for the panicky breaths to slow, she said as calmly as she could, “Before I shell out any more money, you need to answer a few questions, mister.”

“Fire away. It’s funny—here in France I’m allowed not one but two phone calls.”

“I presume your first one was to the American embassy.”

“That’s next on my list. This may come as a surprise to you, but I so longed to hear your voice that I decided to check in with you first. Get the money ball rolling, as it were.”

“Well, in this case, it’s pretty crucial. The French police may be enlightened as to telephone communications, but not so much about accommodations. So what do you say?”

“I say, get on the horn to the embassy without ado.”

He was silent for a minute. Finally, he said gently, “Don’t you want to hear what happened?”

“Let me guess. You were caught in flagrante delicto with a beautiful fugitive from justice.”

“Not at all. My heart is true. I’ve been faithful to you even if you don’t deserve it.”

Charity decided to let that pass—and maybe revisit it later at her leisure. “Tell me then.”

“Well, said beautiful fugitive managed to turn the tables on me. I found her, but instead of consenting to come along quietly, she screamed bloody murder. In a performance worthy of Sarah Bernhardt—you know who she was, don’t you? The greatest actress of her age. The Divine Sarah. Why, her Tosca was emulated by thousands of would-be swans. I—”

“What did she claim?”

“Who? Oh, Isabella? That I—Rancor Bass, author of eleven wildly acclaimed books—had stolen her manuscript! The gall of the woman.” He subsided into incoherent rumblings.

“And since this is France, the gendarmes refrained from asking any searing questions for fear of injuring the nymphette’s fragile sensibilities. They swallowed her line without so much as a tittle of qualm and arrested me. It’s appalling, really. These chaps are totally sexist. Chauvinist dinosaurs…”

“Well, I’d love the money as soon as you can send it. How’s that done nowadays? They used to say ‘I’ll wire it,’ but I’m pretty sure technology has moved on. No matter, that was five hundred if you recall. I guess I can exchange it here—ooh, I just thought of something. It’s euros, isn’t it? Not francs. What a shame…this Eurozone crap has got to stop. It’s ruining all the color and spice of Europe. Did you know French farmers can’t sell cheese that isn’t pasteurized? Criminal.”

“Rancor? Have you by any chance not eaten in a while?”

“What? No, la bonne femme—that’s ‘wife’ to you Yankees—of Monsieur le Brigadier Dumont provided me with a cheese omelet and a Picardie glass of a refreshing Sancerre. Her name is Antoinette. A very warmhearted woman.”

I’ll bet she is. “All right, then why are you babbling?”

“I think it’s the cell walls—so close, so confining. They’re beginning to get to me. Did I ever mention I have claustrophobia? I’m trying to fend it off with logorrhea.”

“Logorrhea. It’s like diarrhea except with words rather than…well, you know.”

M. S. Spencer has lived or traveled in five continents and has published 11 romantic suspense/murder mystery novels. She divides her time between the Florida Gulf coast and a tiny village in Maine. Her upcoming novel is Flotsam & Jetsam: the Amelia Island Affair where two park rangers explore who’s at the bottom of three mysterious corpses found on the sand below Fort Clinch on Amelia Island. Learn about M.S. Spencer’s latest news and events. Follow her on her blog, Facebook, Twitter and Pinterest.